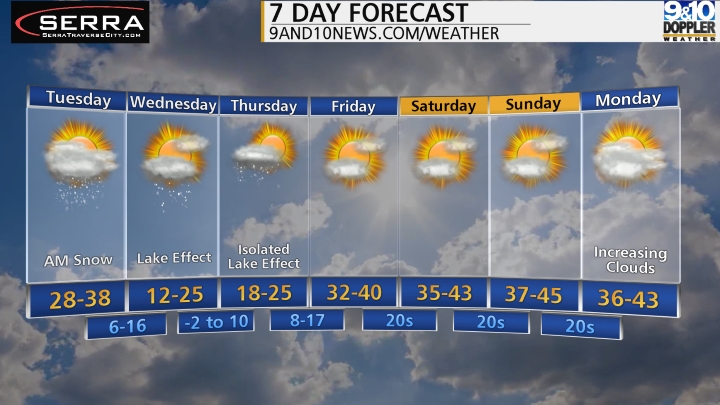 **Winter Weather Advisory for Luce County from 7pm Monday until 9am Tuesday. 3-6″ of snow will be possible with gusty winds making for terrible travel conditions Tuesday morning. Blowing & drifting snow along with reduced visibilities could be an issue for many.

4am to 7am: We will see mostly clear to partly cloudy skies this morning and nice conditions for morning commutes. Temperatures are on the chilly side of things with -5 to 15 degrees. Winds are light this morning but will pick up a little bit this afternoon.

7am to 9am: Conditions remain decent for morning commutes but make sure to bundle up. We will see a good chunk of sunshine to start the day but clouds will be on the increase a bit later this afternoon and evening.

Today: Skies will start off mostly sunny for us but expect skies to turn cloudy this afternoon and into this evening. Highs today will be in the mid 20s to mid 30s today. Winds will be out of the Southeast at 5-15mph. By this evening we will see some light snow start to move into the area. This will a storm system that moves through Northern Michigan tonight giving us a widespread accumulating snow into Tuesday morning.

Tonight: Moderate to heavy snow will fall for Northern Michigan tonight along with some gusty winds. The U.P. and Northeast corner of the Lower Peninsula could see 3-6″ of snow overnight. Most of the Lower Peninsula South of M-32 will see 2-4″ of snow with isolated higher amounts. Winds will be out of the Southeast/East at 10-20mph which will blow and drift snow in spots reducing visibilities heading towards Tuesday morning.

When you’re not around a television, we always love engaging with you on social media! Stay updated with the Doppler 9&10 Weather Team on Facebook, Twitter, and Instagram. 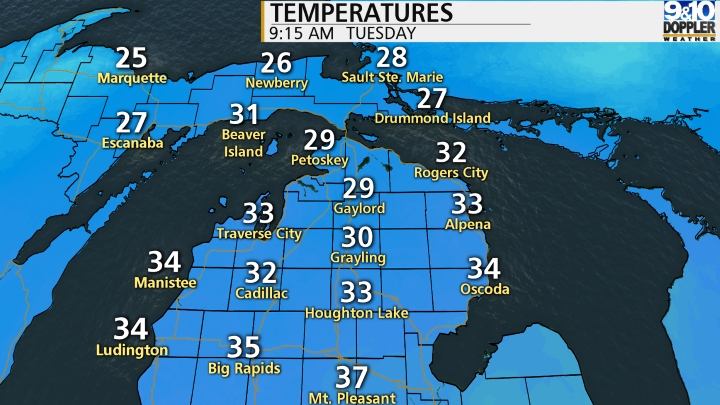 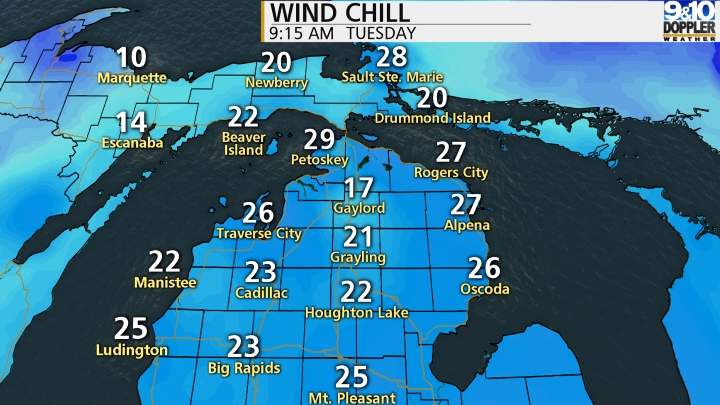 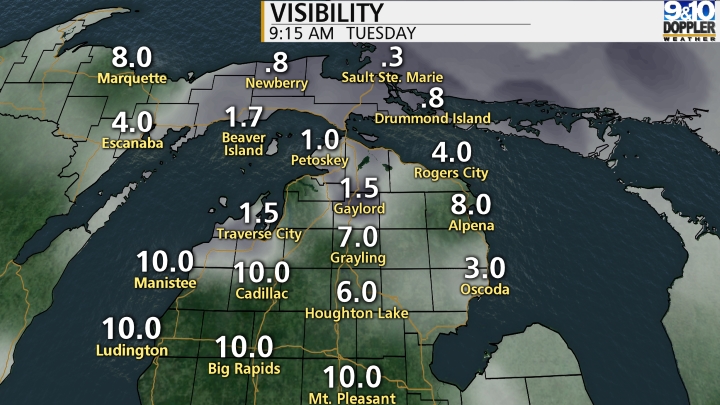 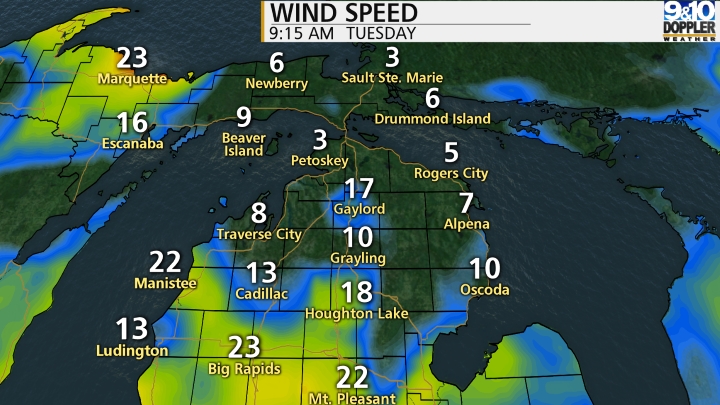 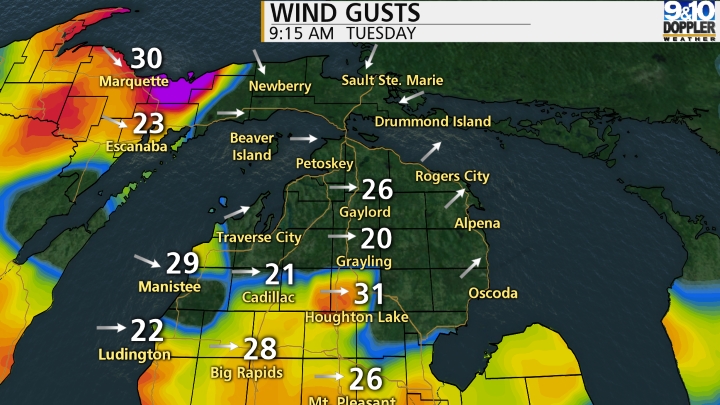 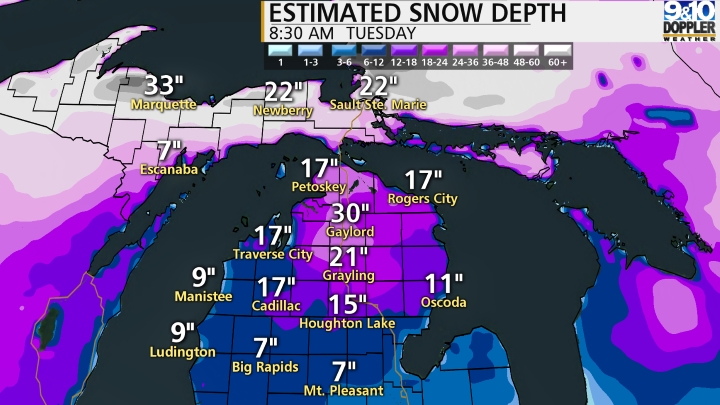